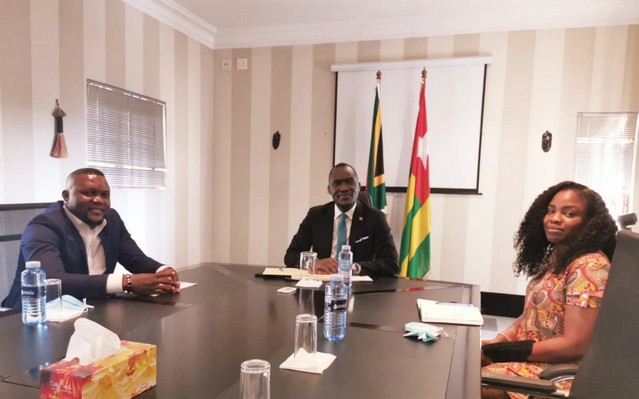 On 26 August 2021, Mr. John D. FINTAKPA LAMEGA, Chargé d’Affaires a.i. and Head of the Embassy of the Republic of Togo met in Pretoria with Mr. Jacques GNAMA, Togolese country delegate and President of the Togolese nationals’ associations “Nonvissi lélé” in Gauteng, exchanging views on how best they can work closely together for the advancement of the Togolese diaspora in the SADC Region and the fulfillment of the Government’s vision.

Mr. FINTAKPA LAMEGA, first introduced himself briefly as the former First Counsellor and legal adviser at the Permanent Mission of Togo to the United Nations in New York and he added that it was his duty to meet with Mr. GNAMA, as being aware of the number of Togolese in Southern Africa as well as having their needs met, was crucial for the Embassy. He later asked how many Togolese associations were operational therein and how they were organized. 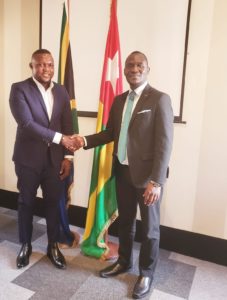 Furthermore, He indicated that the primary mission of the Embassy is to represent Togo and report back to the Government, but another important duty at hand, is to provide information and assistance to the diaspora and encourage them to actively participate in the development of Togo.

Afterward, Mr. GNAMA took the floor and introduced himself as the President of the “Nonvissi lélé Association” in Johannesburg and Pretoria and delegate of the Togolese diaspora in the SADC région, elected in November 2019.

He said that upon his return to South Africa after the inauguration ceremony held in Togo, the outbreak of the COVID 19 pandemic started, causing borders closures and restrictions of people’s movements amongst the many challenges experienced globally, which consequently prevented him from visiting the SADC zone as planned. Moreover, he responded that there are 04 associations of the Togolese diaspora in South Africa and they are made up of a President, a Vice President, a Treasurer, a Secretary and an Adviser. He also stated that one association is located in the Gauteng Province, a second one in Durban, a third one in Eastern Cape and a fourth one in Cape-town, where he visited after the lockdown was lifted, and so far, there are more than 100 Togolese recorded in South Africa.

The Chargé d’Affaires reiterated that this first encounter was meant to create a relationship on how best to handle the challenges ahead together.

He subsequently suggested to Mr. GNAMA that any request of the diaspora should be submitted in writing so that the Embassy could see to what extent it could provide Togolese people with aid and assistance according to its availability. He also placed an emphasis on encouraging the diaspora to register in the Embassy’s database, as they need to be issued with a consular card valid for a period of two years and renewable, in order to facilitate record-keeping and acknowledgement of their citizenship. 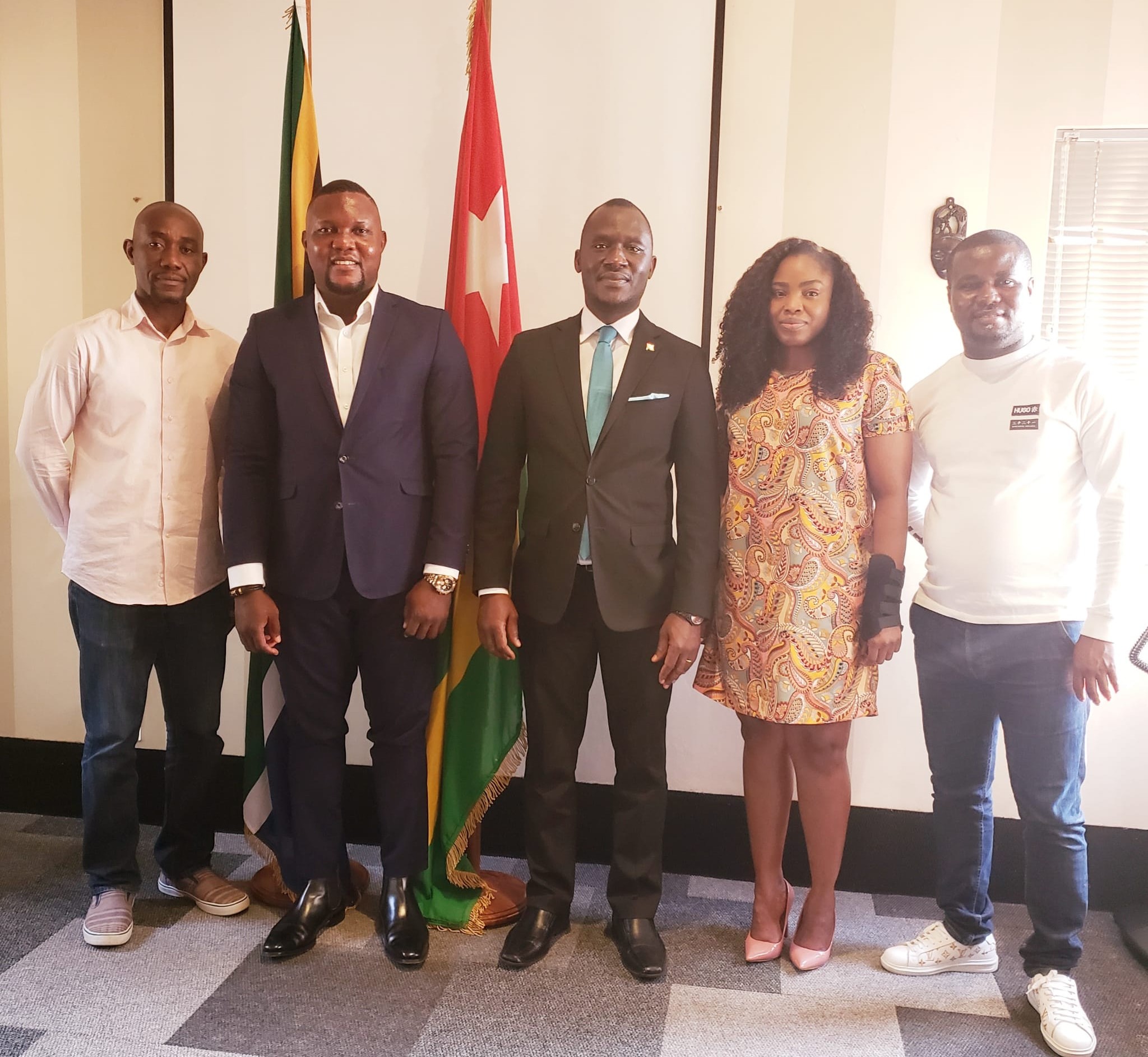 He later explained that the Embassy has an economic mission, therefore investments and economic development have to be equally brought into focus. He then urged Mr. GNAMA to contribute towards the said vision as the Togolese diaspora can play a pivotal role in the economic development of Togo, promote trade and foreign direct investment, create businesses and spur entrepreneurship, and transfer new knowledge and skills beyond their well-known role as senders of remittances.

Finally, Mr. FINTAKPA LAMEGA expressed his gratitude to Mr. GNAMA for his time and availability and noted that the Embassy and the diaspora need to work alongside as he hoped both Parties would continue to carry out the economic mission of the Embassy and make joint efforts to push forward the vision of the Government.